Dedicated to the reproduction of detail in any scale

You are not connected. Please login or register

KitbashKorner » Watering Hole » Lets stir it up a bit in here

Lets stir it up a bit in here

with the exception of mike and myself there has not been a post since so we will break it down simply.

sound off and let us know who is still with us.

those that want to leave, i have no hard feelings for, on the internet it is hard to know who to trust or believe and i know there is some hard campaigning going on out there by the past members to drag my name through the mud. you will have to sort out who you believe on your own and go from there.

if you are planning on staying here with us, give us a short list of what you have in the hopper for the near future.

As far as what I've got planned for the year...jeez, ask a tough question, will ya? I've got a few to finish off.... The Momad - Dodge Magnum with a complete restyling to look like a '57 Nomad...Rear side windows are being reshaped, and a upper grille is being added to the nose of the hood. Chassis, engine and interior are all done...hell, it's even painted, but after all the re-working, I'm gonna have to repaint it! After those two, a long-term project I've been playing with on and off. A re-engineering of the Jo-Han '71-'74 Javelin chassis and interior...making it more of a modern style with real suspension, and a platform style interior instead of the old tub. This one is lots and lots of fun! 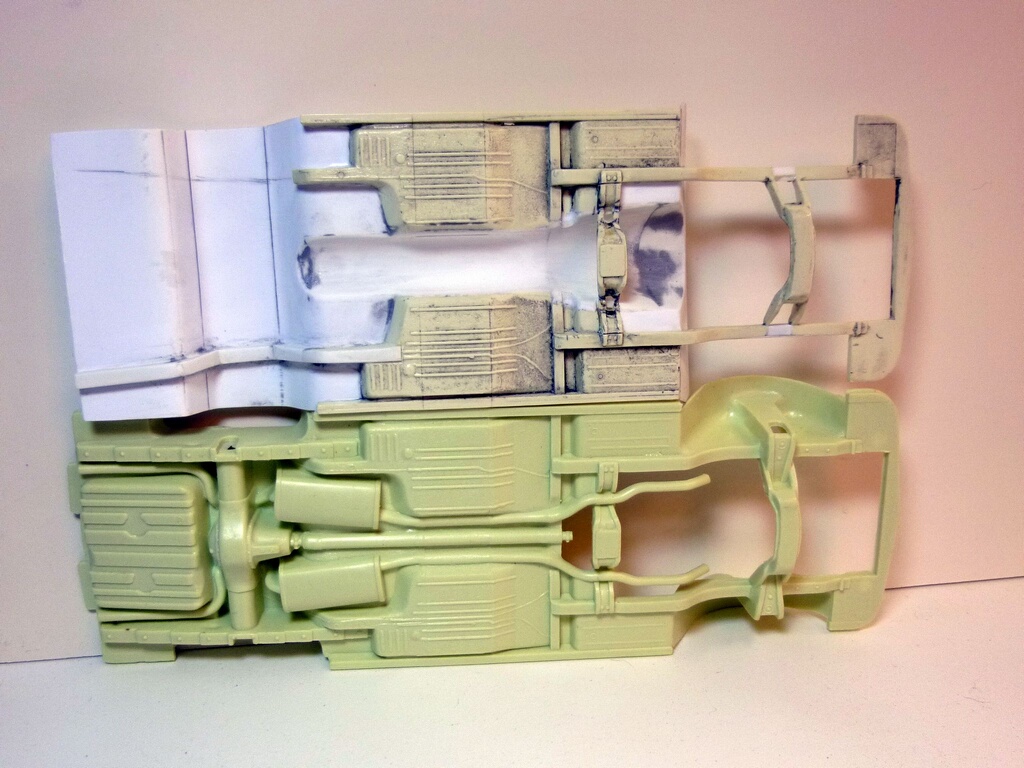 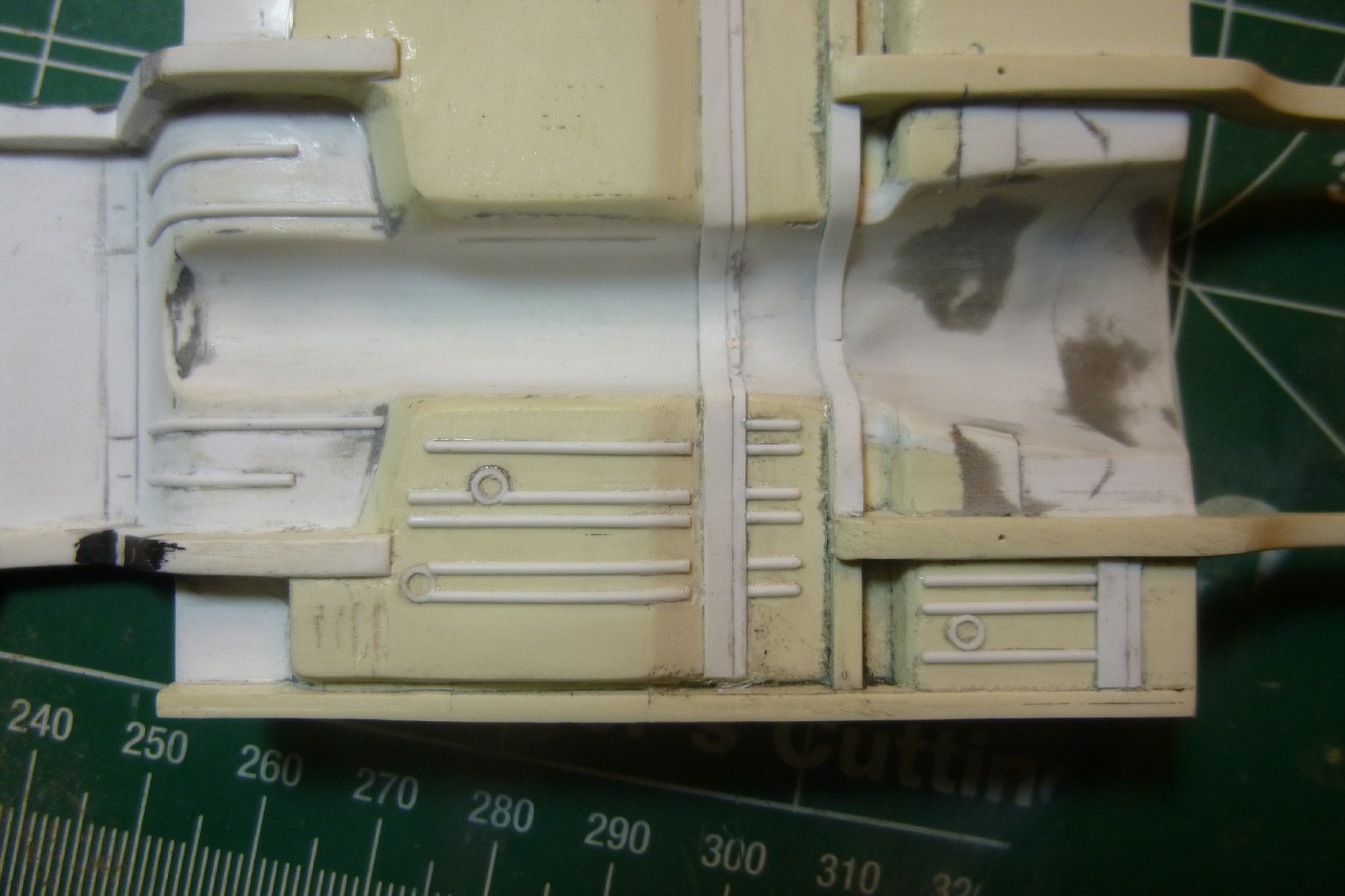 In between, anything that gets started is usually the plan, I don't try to hold myself to a "gotta build this next" mindset, whatever speaks to me at the moment is what I get working on, I've found I get better results that way.

Admin
Posts : 242
Join date : 2015-01-25
Age : 50
Location : Georgia
thats alot of work on the javelin bud, i would have been inclined to steal an undercarriage from one of the current cuda kits myself lol

even if we are the only 3 to keep things going here for the minute i am sure more will come in time.

If it's a good forum with no drama issues, we'll make it just fine, the only forum I'm on right now that isn't dead is Model Cars Magazine's forum, but they have thousands of members.

And I would use the 'Cuda chassis, but I just want to see if I can do it myself, I'm hard-headed like that! That, and I don't have one of the new 'Cuda kits yet...I'm waiting to see if Revell revises the body and fixes the wheel well lips so I don't have to!

Posts : 250
Join date : 2015-01-25
Age : 50
Location : Maryland
Better make that 4. I haven't left. I have no intentions of going anywhere and the past members know exactly where I stand, because I have left no room for drama. I may still be friends with them on Facebook, but they know I will say something if I see them saying bad things about Wayne or this site.

I haven't seen anything, so, I have not taken anyone to task. I did have some private messages, where I laid it out and called BS for what it was, yet they still asked me to be a part of their sites, so I am.

As far as not being on, you know my work schedule sometimes takes me off for days at a time, this happened to be one of those times.

What I have in the hopper? Hmmm, I have a plane that my son has been asking to do, so, as soon as we can get things together, we will work on that. I want to finish my flat bed and my 39 chevy.

I also have to get some stuff to Wayne, like I said I would when we were at the other site, to make molds from, just haven't had the money to send it out.

I thought I would have a house to build this year, but, do to financing, the customer had to put it on hold, so, I had to scramble to pick up other work.

Anyway, please don't think I have quit or left because I drop off for a few days, this is how it is for me at times. I will contribute as much as I can.

Posts : 16
Join date : 2015-03-09
Hey all, sorry I'm late, I pulled onto the beltway and couldn't find the exit!
So hey Wayne, Dennis, Mike and of coarse Tina. How have you'all been? I will do my best to keep on top of things here. I'm sure I have tons to post as I've been building a lot this last month. As usual, my big problem is time issues so if you don't see me, just go to facebook an give me a kick in the bum. So I got some catching up to do, they're all new posts to me. lol

I don't try to hold myself to a "gotta build this next" mindset, whatever speaks to me at the moment is what I get working on, I've found I get better results that way.

I couldn't put it any better myself. That is me to a tee. That's how I stay in my happy place. That being said, This is the year I'm finishing as many old projects as I can. The good news is I have so many cool project to chose from. Let's just hope some speak to me. Can you believe I started four new Van models and a Ford GT last week alone. the month before that it was two 1940 Fords. There's no hope for me.

Posts : 16
Join date : 2015-03-09
That's some beautiful work you're doing there Mike. I especially like the plastic work on the Javelin chassis.

Posts : 273
Join date : 2015-01-25
Age : 56
Location : North Carolina
Thanks Jeff, the Javelin chassis and interior are a labor of love for me, it's my all-time favorite car, and I have three of the kit, along with a built-up that was sacrificed for this. I want to be able to build all of them, but that chassis especially is horrible, so I'll make my own. Now as soon as I'm done doing all this work, Moebius or Revell will come out with an all-new tool one, just watch!

. using an old Hurst Hairy Olds body and a monogram '66 Malibu SS for the rest. I'd post a few pics but I still haven't figured out a good way to post pictures.

Posts : 273
Join date : 2015-01-25
Age : 56
Location : North Carolina
You've gotta have a photo-hosting site like Fotki, Photobucket, etc. as far as I know, but Wayne can tell ya if I'm wrong. I use Fotki, other than their maintenance issues in the last year, they've been great for the other 9 years I've been a member!

The funny thing is, my goal for the year is to Finnish as many of my old models as possible.
and yes, I plan on finishing all my started models!!! some day...

Re: Lets stir it up a bit in here

KitbashKorner » Watering Hole » Lets stir it up a bit in here